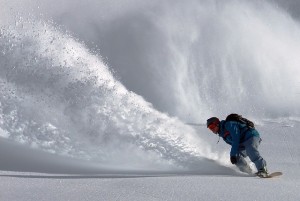 It really is the 2nd most wonderful time of the year. The mountain bike has had its time. Halloween is around the corner and you’re prepping the scariest costume yet. Your paddleboard is all but put away as the nights get cooler and the days get shorter. There’s that smell in the air, and while faint, it’s very very recognizable…winter is coming.

That’s right. The new gear is starting to show up on websites everywhere. Snowboarding heads are trying to decide whether to spend some money getting their accessories in order or dumping their summer savings (or what’s left of it anyway) into a brand spanking new snowboard.

Reflecting on last season is nothing unusual. If you’re on the west coast, you’re hoping that the El Nino that’s been so hyped up for the last few months is going to live up to the talk. You’re crying just thinking about how poor the snowfall was, and hoping that the fires and drought clear out soon. If you’re on the east coast, you’re hoping that the northern states get hammered with snow like they did last year. You’re thinking about how your annoying friends just wanted it to stop snowing, and you couldn’t seem to get enough no matter how much snow fell.

If you haven’t locked in your ski pass for the year, now would definitely be the time to do so. Before you know it, the cost of passes are going to skyrocket, and you’ll be kicking yourself for debating. I’ve spent the last few years at the same mountain, and while I’ve loved every minute of it and even made the best of a lackluster snowfall last season, I’m tempted to move on. If you’re lucky enough to live in the right area, you know that you have choices, and sometimes it’s ideal to try something new. Don’t be afraid…if you make a mistake, there’s always next year.

Just remember that there’s still a couple of months to go before the season kicks off, so if you haven’t put away your mountain bike yet, get it out for another ride. If the water is still warm go for another swim. Winter will still be coming when you get back. Make the most of the time you’ve got to wait. It doesn’t take 6 weeks to wax a snowboard. Just don’t break any bones before then.

But that doesn’t mean you can’t dream about it. September is a great month for snowboarding movies. The big boys are all putting out their new snowboarding films right about now to bring your stoke to the next level. Hop on YouTube and watch some of the GoPro lovers and their selfie sticks take their biggest jump ever (small as they may be) and bask in the glory of a successful landing.

Oh…and don’t forget what not to do this season:

Epic Splitboard Artwork for Your Pad