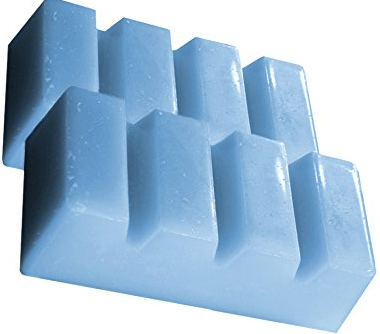 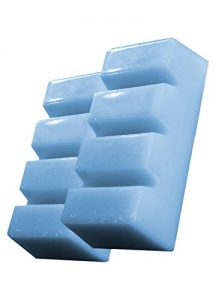 As the snow starts to deepen, I’ve yet again ventured to a new wax. My current universal wax had been spent on last season, and for under 20 bucks, there’s no harm in trying out the Demon Hyper X Wax, especially when you’re getting over a pound of it. Not to say this has anything to do with how good any snowboard wax is, but this stuff smells better than a yankee candle store when you first open it up.

I think there were two things I was looking for in this wax. 1) I wanted something that I could use in most temperatures (even though it says it works for all temp). 2) I wanted some good speed to get my season started. Knowing that the pow isn’t quite there yet also means knowing that there’s going to be some traversing to be done until there’s a better base, so having some good pickup is quite helpful approaching the flat spots.

This stuff goes on like butter. Like melted butter. It easily shaved a few minutes off my wax job and scraping was a breeze. This alone can get you stoked for a day up on the mountain. The wax smelled pretty awesome throughout the entire process, so if you’re dealing with funky-smelling wax, then the Demon Hyper X might be something that you can turn to if that’s the biggest deal.

So far, I’ve had this wax on the mountain three times. I’ve actually re-waxed once. This stuff is a ton of fun, both on the groomers and in some pow (we only got one shot at powder so far). Pickup speed is so valuable at this point, and the Demon Hyper X wax definitely came through, the third day in particular. Significantly wet conditions could have made the ride boring and extremely slow, but the wax really cut through what would have been like riding on warm dog poop.

Had it not been a sloppy third day on the mountain, I probably could have gotten away with this wax for yet another day or two of riding, but I chose to play it safe. Either way, I totally enjoyed making the best of the Demon Hyper X Wax, and I think you will too.